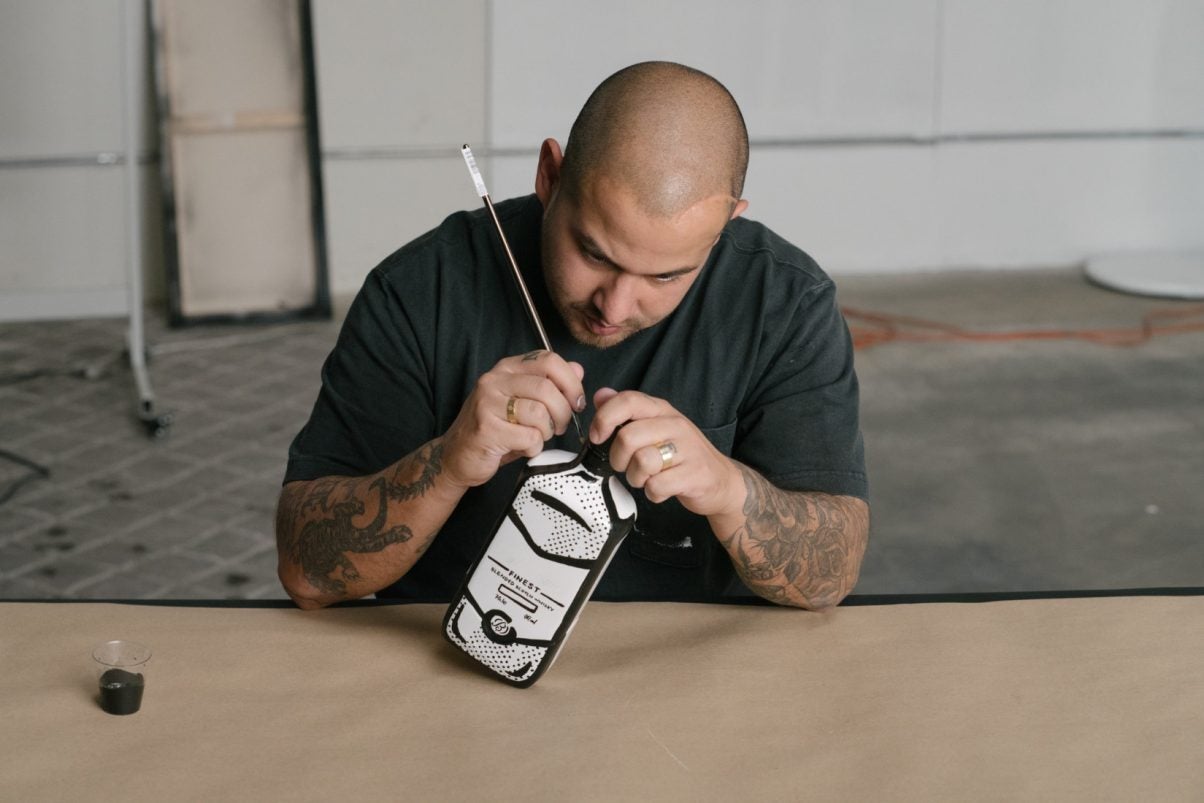 Joshua Vides reinterprets the world of Scotch whisky to redesign Ballantine’s iconic bottle, a series of pop-up bars and a limited-edition briefcase in a nod to the brand’s prohibition era past.

Ballantine’s Scotch whisky has teamed up with renowned artist Joshua Vides, who brings his signature black and white touch to its new limited-edition.

Staying true to his style of reinterpreting everyday objects to make them unique, Vides has been invited by Ballantine’s to reinterpret its iconic Finest bottle and gift tin, as well as elements of the brand’s rich legacy and pioneering spirit.

The California-based creative is known across the globe for his comic book style transformation of objects and spaces with hand-drawn illustrations and bold linework. His work and style embody Ballantine’s ethos of doing things your own way; taking an original approach to design with everything he does, without compromising his artistic integrity.

Just as Ballantine’s looks to break the conventional codes of whisky and challenge people’s perceptions of Scotch, Joshua does the same through his perspective-altering visuals. To overcome prohibition laws in 1920, Ballantine’s launched its rectangular bottle to be concealed in briefcases.  Inspired by the story 100 years later, Vides has not only reworked the iconic bottle, he has also designed a one-of-a-kind briefcase which will be dropping soon worldwide.

Installations are a staple of Joshua Vides’ artistry, so to further celebrate the launch, he will be reinterpret the place where Ballantine’s is best enjoyed – the bar – by creating a series of striking black and white spaces, that will be popping up in cities from Poland to China at the start of next year, with programmes of exclusive events and workshops.

Joshua Vides said of the collaboration:

“I’m more than excited to be working with Ballantine’s on my first official bottle. From the jump the energy has been high and we’ve been able to organically create elements in this project from start to finish. I believe we share a similar drive and determination to create on our own terms. Do it yourself mentality till the wheels fall off.“

“Ballantine’s has such a rich heritage that we’ve been able to explore and elevate through our collaboration with Joshua. Our approach is very similar which has made the whole project as exciting as it had been collaborative. We are all about championing those who do things their own way as we do with Scotch – and Joshua does the same with his artwork. The limited editions are our most disruptive to date and we look forward to turning shelves black and white across the world.”

Designed in Joshua Vides’ signature style, the Ballantine’s x Joshua Vides limited-edition bottles will be available from 24th November on Amazon in the most disruptive change to the Finest bottle since its launch in 1827.

Keep an eye on Ballantine’s and Joshua’s channels for more information on how you can get your hands on the one-of-a-kind briefcase.