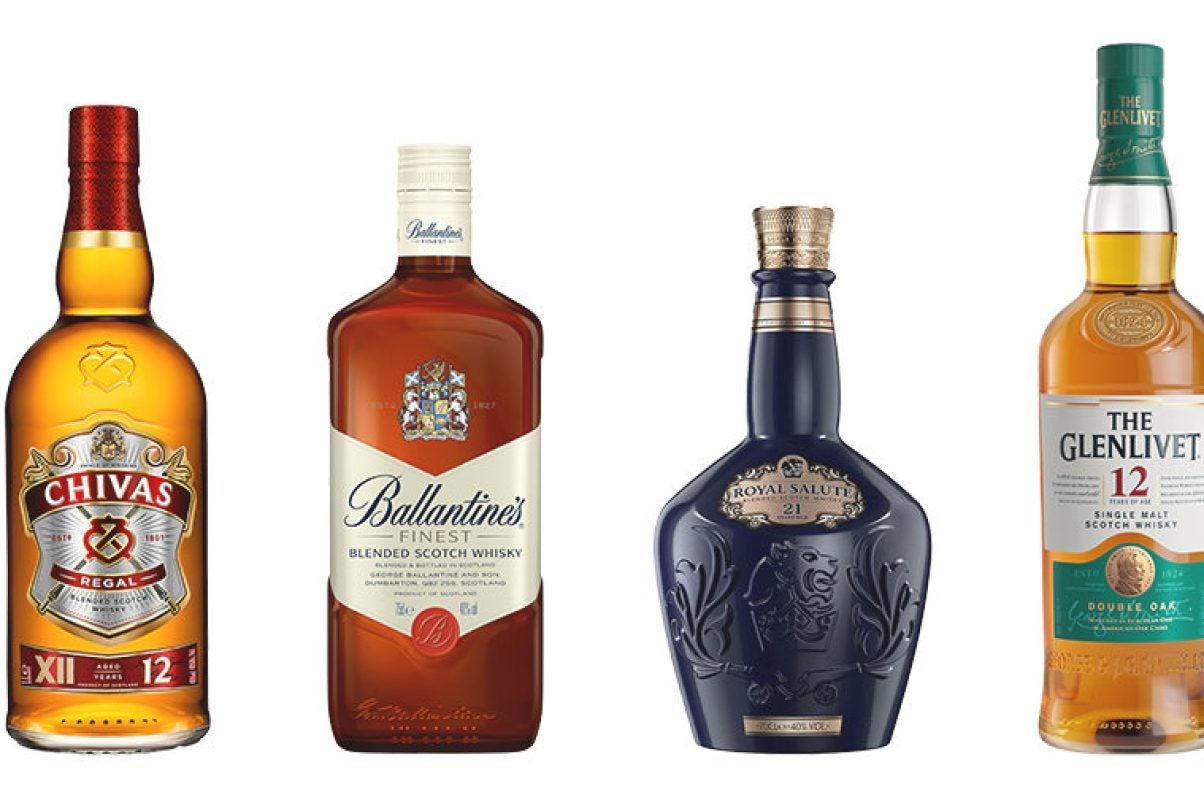 The results reflect the significant increase in global demand for Scotch, its resilience as a category, and substantiate Chivas Brothers’ strategy for growth. With net sales up +25% derived from both mature markets (+16%) and emerging markets (+34%), Chivas Brothers is continuing to invest in portfolio innovation and the sustainable future of Scotch with a particular focus on technological advancements in production.

All four strategic international brands registered a record high growth in FY22, with Chivas, Ballantine’s, Royal Salute and The Glenlivet growing over 20% in domestic markets. In travel retail, Chivas and The Glenlivet recorded triple digit growth, demonstrating a steady recovery of the travel retail industry as restrictions lift.

Chivas’ era of transformation, which includes a redesign of its iconic Chivas 12-year-old and a campaign to open up the Scotch category to a new, broader, contemporary audience, continues to expand the brand beyond traditional Scotch whisky audiences. The brand recorded global growth of +29% and a noteworthy result of +42% in emerging markets.

Royal Salute recorded a performance of +38% with sustained performance in Taiwan, Korea and Travel retail and continued globalization of the brand with stellar growth in Brazil and India. Ongoing collaboration alongside iconic talents within the art & fashion landscape, such as Royal Salute Richard Quinn Edition & House of Quinn, contributed to this performance.

The Glenlivet momentum continues in mature markets, such as USA (+7%), Canada (+11%), and UK (+11%) combined with a growing consumer base in Asia (China +83%, Taiwan +17%, India +34%), through evolving product offerings such as The Glenlivet Caribbean Reserve and the new The Glenlivet 21YO and The Glenlivet 25YO cask finishes.

Doubling down on sustainable Scotch

Following last year’s groundbreaking pilot study at its Glentauchers distillery which resulted in energy reductions of 90% on a single pot still, the company announced today plans to roll out Mechanical Vapour Recompression (MVR1) fan technology at Strathclyde, its largest distillery, with the potential to save almost 9,800 tonnes of carbon dioxide, and to install MVR technology at Allt A’Bhainne distillery in 2023. Additionally, two further MVRs are being installed at Glentauchers, making it the company’s lowest energy distillery, with MVR installations to be completed there by October 2022.

This builds on Chivas Brothers’ further MVR installations as part of an £88 million expansion at two of the company’s strategic malt distilleries, Aberlour and Miltonduff. This investment is going into upgrading sustainable distillation technologies along with significant production capacity enlargements which will grow Chivas Brothers’ total production by 14 million litres of alcohol per annum.

The company also shared progress on its commitment to achieve 100% recyclable, reusable, compostable packaging by 2025, in line with Pernod Ricard’s Sustainability & Responsibility roadmap ‘Good Times from a Good Place’. Whilst 690 tonnes of secondary packaging was removed last year, Chivas Brothers announced today plans to work closely with suppliers to remove a further 2,000 tonnes of cardboard in the next fiscal year, equivalent of 780 tonnes of CO2 emissions, beginning with the phase out of Chivas 12 cartons from autumn 2022.

“These positive results demonstrate that our strategy for growth, with investment across innovation and sustainability, is on track. We are well set up to continue this trajectory in FY23 to shape the future of Scotch by opening up the category to new audiences across the globe.”