Royal Salute drops first ever expression available exclusively as an NFT on Blockbar.com 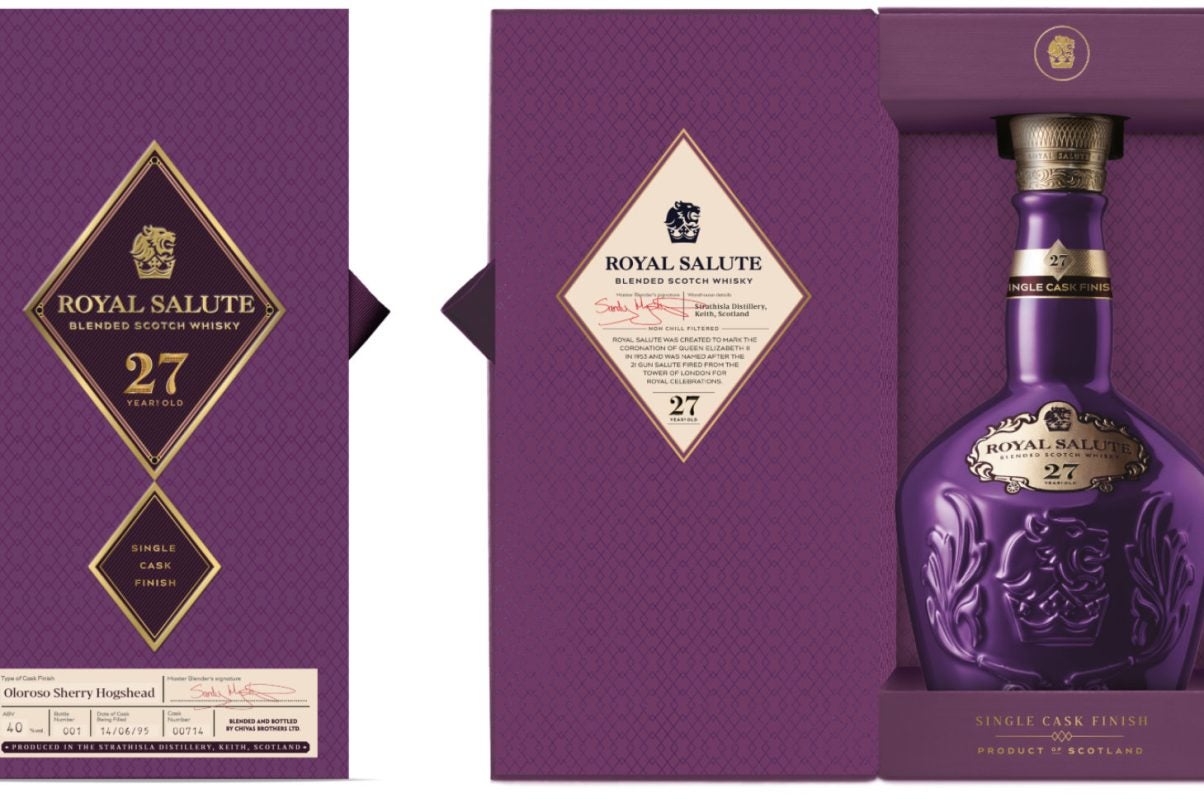 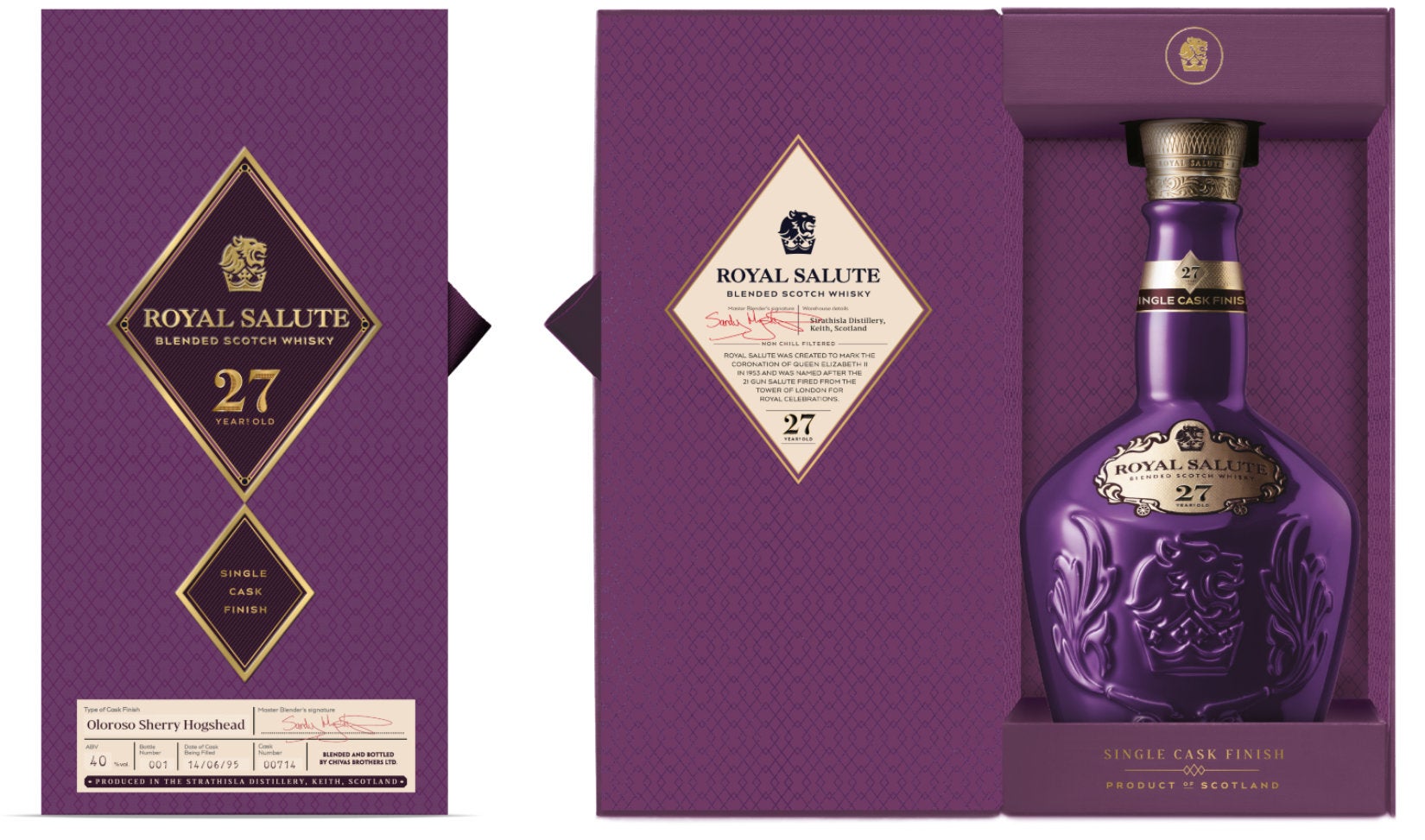 Royal Salute, the master of exceptionally aged Scotch whisky, has announced a new NFT exclusive release; the Royal Salute 27 Year Old Single Cask Finish. The brand has partnered with the world’s first direct-to-consumer NFT (non-fungible token) marketplace for luxury wines and spirits, BlockBar.com, to drop the special release of just 315 flagons, all bottled from a single cask, as individual NFTs. Continuing its commitment to innovating within Web3, this is the first time that Royal Salute has released an expression exclusively as an NFT, that will only be available to purchase with one retail partner, BlockBar.com.

BlockBar democratizes access to luxury wines and spirits whilst offering bottle owners storage, insurance and a marketplace to resell their bottles. Upon purchase of the limited-edition Royal Salute 27 Year Old Single Cask Finish, the physical version will be held securely by BlockBar, with a record of authenticity held on the blockchain as a digital certificate of ownership. The bottle owner may redeem the physical product and have it delivered from BlockBar’s secure storage facility by burning the relevant NFT, safely trade its NFT version within the BlockBar.com marketplace, gift it or showcase the NFT in their virtual bar.

In addition to being Royal Salute’s first BlockBar-exclusive NFT release, the 27 Year Old Single Cask Finish showcases the Scotch’s innovative approach to the art of whisky blending as, once blended, the expression was fully finished in a single cask. The individual cask is a first fill sherry hogshead which has held a rare Oloroso for 18 months before being filled with the rich blended Scotch and left to finish for a further six years. After the cask has finished imparting its rich flavours to the whisky, every drop is then bottled into 315 precious flagons, offered as individual NFTs for this drop on BlockBar.com.

“While Royal Salute is steeped in history and heritage, as a brand we are always looking to the future, finding new ways to connect with those that are as passionate about whisky as we are, be it in the physical world or the metaverse. Our partner, BlockBar, has allowed us to enter the digital space in an exciting and seamless way. After two successful NFT launches of singular flagons that were well received, it was a natural progression to release an expression exclusively on the BlockBar.com marketplace.”

“We’re excited Royal Salute has chosen to partner with BlockBar for the third time as we continue to support the brand on its Web3 journey. Being chosen as the only retail partner to release an entire expression is a real honour and we will continue to offer its community and ours not only exclusive releases, but storage, insurance and a marketplace for reselling.”

The 27 Year Old Single Cask Finish is housed in a regal purple flagon, paying homage to Royal Salute’s heritage which has inspired the brand since its inception. The pack features a recurring motif that utilises the iconic Royal Salute double diamond, reminiscent of the windows of royal residences.

315 flagons of the Royal Salute 27 Year Old Single Cask Finish NFTs will drop exclusively on BlockBar.com, at 10PM GMT on Tuesday 1st November 2022 for customers to purchase. Priced at $965 USD (0.74 ETH equivalent) the NFTs will be available to purchase with ETH and credit card and customers will have 10 minutes to check out. Users who successfully check out will receive an NFT representing the physical bottle, which is stored with BlockBar until the bottle owner is ready to redeem. Early access will be granted to BlockBar and Royal Salute NFT holders.

Two bottle owners will have the opportunity to enjoy a VIP Tour of the Strathisla Distillery for two, including one nights’ accommodation in Scotland, to taste the rarest Royal Salute inventory of maturing whiskies (redeemable from 1st November 2023, travel excluded).