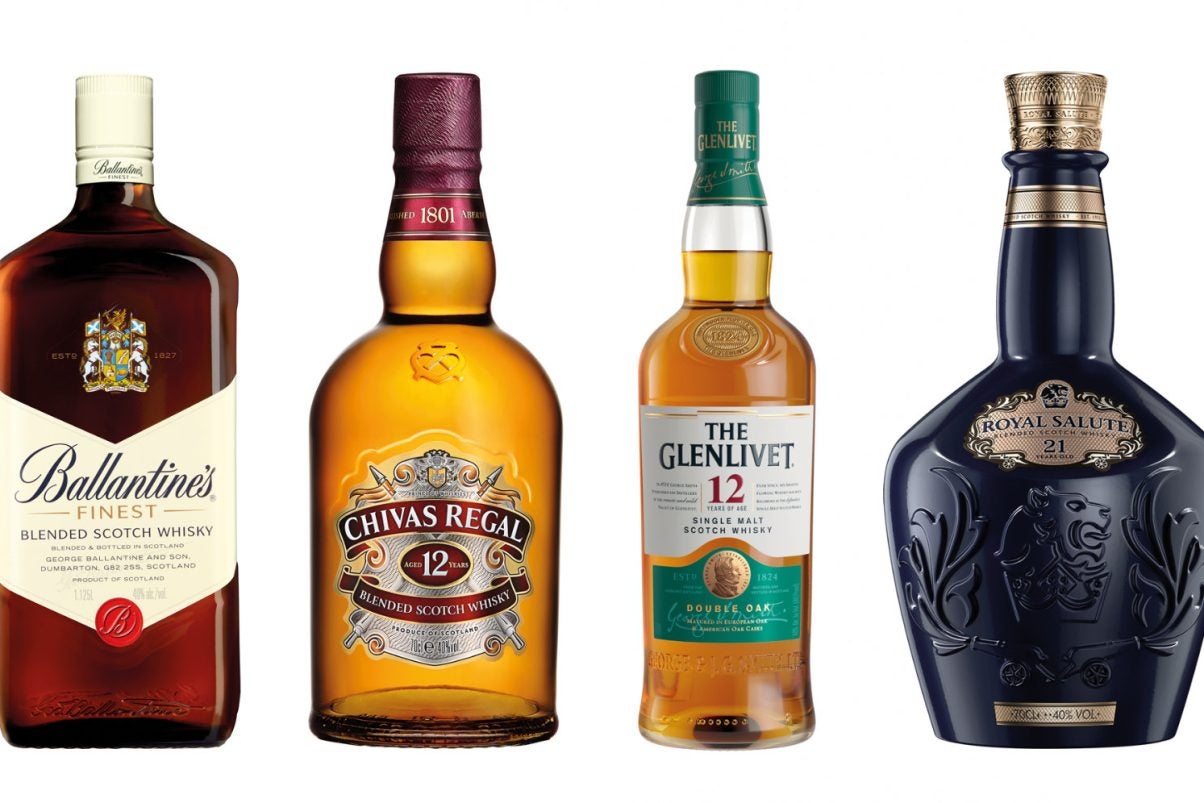 The results tell a story of a measured return to the business’ pre-pandemic momentum despite the challenges of the global COVID-19 crisis and ongoing UK trade negotiations. Although total organic sales were down -10% compared with the same period last year, this was a 17 percentage point increase from H2 FY20 when Covid-19 restrictions first hit, pointing to increased confidence and optimism for recovery in H2 FY21. A +2% growth in worldwide domestic business sales, returning to growth despite continued On Trade restrictions, indicates the resilience of Chivas Brothers’ brand portfolio in market.

Sales were particularly strong in Eastern Europe, which grew +10%, driven by Russia and Poland. Double digit growth was also recorded in China, Taiwan and South Korea where lockdown restrictions have been eased. North America sales were up +2% owing to the continued market-leading performance of The Glenlivet in the US with strong Sell-out (+25%/+15%).1

Further evidence of a gain in momentum was shown in the domestic market performance of Chivas Brothers’ Strategic International Brands (The Glenlivet, Ballantine’s, Chivas and Royal Salute). The Glenlivet continued a streak of growth, up +2% overall, with innovations such as The Glenlivet Caribbean Reserve helping to maintain its leadership in the single malt category in the US. Strong growth in Asia was fueled by its Original By Tradition campaign, combined with the gradual lifting of lockdown restrictions.

Despite a challenging environment in travel retail, Chivas Regal, with sales down -16%, not only returned to growth in China following the loosening of lockdown restrictions, but also recorded double digit growth in the US and UK thanks in part to the brand’s category-challenging Chivas Extra 13 Year Old range.

Although historically reliant on the travel retail market, a strategic shift saw Royal Salute (total sales -28%) post double digit growth in domestic markets, owing to an expansion of its core 21 Year Old range, innovations such as the Royal Salute Polo Collection and the Create Your Own Kingdom marketing campaign.

At the press conference, Chivas Brothers Chairman and CEO Jean-Christophe Coutures outlined the importance of the removal of tariffs on single malt Scotch exports to the US and a cut in spirits duty in the next Budget as critical to the continued recovery of the Scotch whisky industry. Mr Coutures praised the UK’s ambitious international trade agenda and called on the UK government to prioritise the interests of Scotch in future free trade agreement negotiations. Attention was drawn to securing improved market access in India where Scotch whisky faces import tariffs of 150% which makes it difficult for Scotch producers to grow and thrive.

“These results reinforce our confidence in the resilience of Scotch. I’m encouraged by how quickly we are rebounding in markets where lockdown restrictions have lifted. Travel retail will continue to be a challenge this year, but our domestic market performance – even in countries with on-trade restrictions – demonstrates the strength of our brands and the versatility of Scotch as a multi-occasion drink.

“We must build on this momentum by clearing the path for Scotch to fully rebound and recover, and that means bringing about a swift end to US tariffs, prioritising Scotch in post-Brexit trade negotiations and a cut in spirits duty in the next Budget.”

Chivas Brothers used the press conference to update on the progress it has made on the journey towards Net Zero emissions. It announced the trialling of biofuel at Braeval distillery which follows the ongoing trial of heat electrification at Glentauchers. If successfully rolled out, the technology has the potential to reduce total distillation emissions by approximately 50%.

Progress made in circular packaging was also revealed at the press conference. 95% of Chivas Brothers packaging is now recyclable, 98% is plastic-free, and a new packaging testing lab is being built to prioritise technological advances and ensure Chivas Brothers meets its 2025 target of 100% recyclable, reusable, compostable or bio-based packaging.