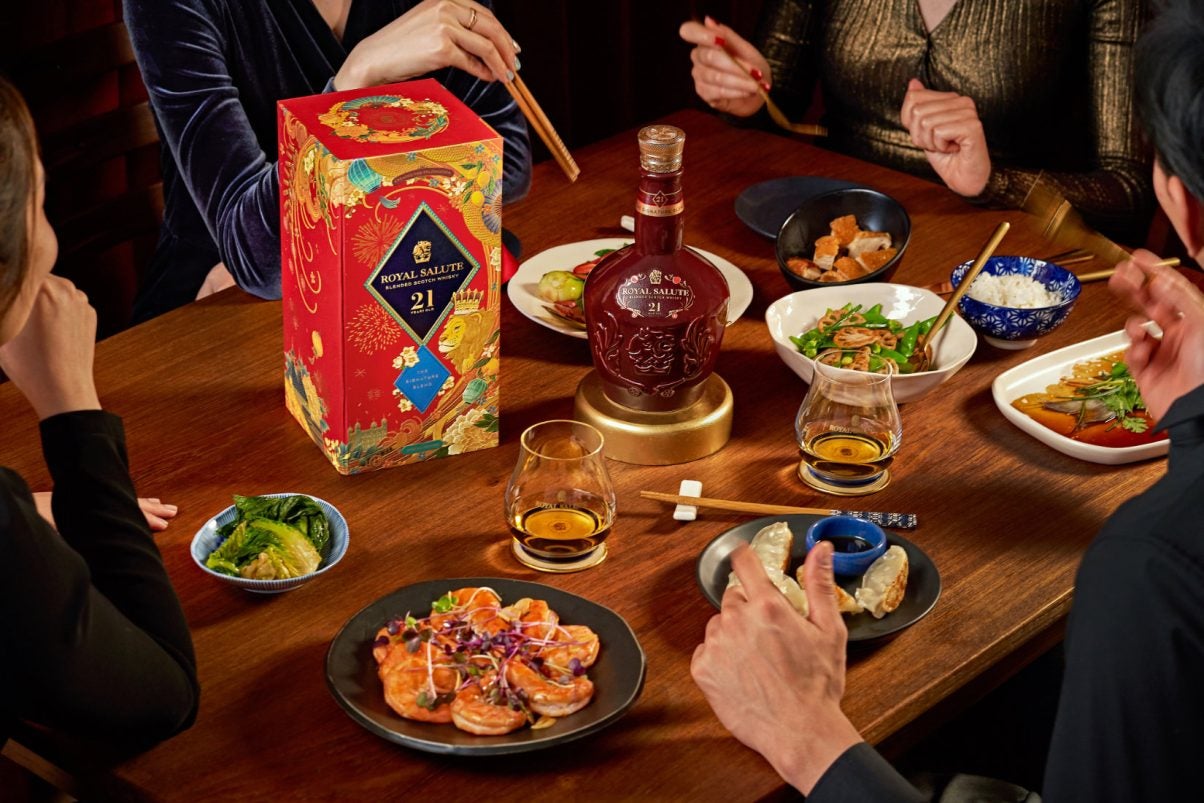 Royal Salute, master of exceptionally aged Scotch whisky, ignites Lunar New Year with a spark of enchantment and wonder, through a stunningly illustrative Lunar New Year gift pack, housing a ruby red flagon of the 21 Year Old Signature Blend. The celebratory limited edition is the perfect accompaniment to mark the New Year celebrations, or as the ultimate gift to delight loved ones welcoming in the Year of the Tiger.

The stunning design of the 21 Year Old Signature Blend Lunar New Year gift pack has been created by award-winning illustrator Feifei Ruan, a Chinese illustrator and visual storyteller based in New York City. Her work has been recognised by many awards and can be seen on book covers, magazines, packaging, and murals. The bespoke illustration of the limited edition gift pack depicts a festive journey from Strathisla Distillery in Speyside, Scotland – the iconic distillery where are guarded Royal Salute’s most precious expressions – to the Tower of London, which plays a significant part in the Scotch’s history, using an imaginative mix of symbolic elements that wish prosperity, success, and good fortune for the year ahead. Through Feifei Ruan’s creativity, the illustration bursts into a celebration that ignites the gift pack with an array of colours and lights reminiscent of the celebration.

Gift giving is at the heart of Royal Salute, being first created as a gift for the coronation of Queen Elizabeth II in 1953. Since its creation, the 21 Year Old Signature Blend has kept the same flavour profile; sophisticated and opulent in character with a majestic composition of ripened fruits complemented by hints of spices.

To this day, the luxury blended Scotch continues to celebrate creativity and culture in contemporary ways, with a spark of artistry and sophistication that is signature to Royal Salute’s refined and wonderous world, and this limited-edition 21 Year Old Signature Blend Lunar New Year gift pack is no exception. This vibrant red gift pack brings to life the celebratory festival that sees cities around the world transform into bright and colourful displays of red and gold, with visions of lanterns, dragon puppets and firecrackers; an enthralling atmosphere that resonates perfectly with the enchanting world of Royal Salute.

This 21 Year Old Signature Blend Lunar New Year gift pack designed by Feifei Ruan kick-starts a new line for future Lunar New Year editions that will invite artists to share their designs to capture the powerful symbolism and iconic celebrations associated with the New Year. Each new pack will create a collectable series that marks this special time of year with artistic flair and creativity.

“Unique stories are a great source of inspiration for me and I was immediately drawn to the fascinating origins of Royal Salute being gifted at an iconic Royal occasion, to design the illustration for this precious Scotch. I wanted to capture that story and wrap it in the celebratory joy that surrounds the Lunar New Year, and uniting famous British landmarks such as the Tower of London with symbols directly linked to this time of year allowed me to creatively blend an array of fabulous references together to create the final design.”