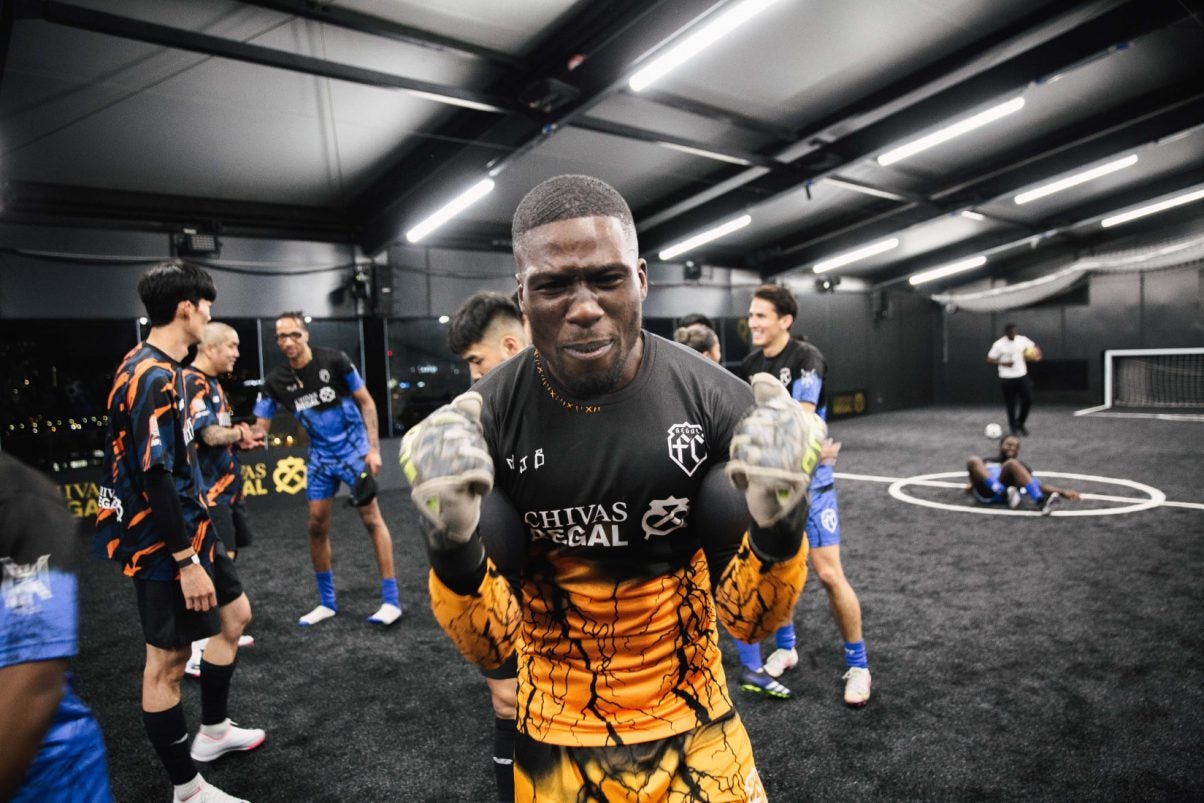 Leading blended Scotch whisky, Chivas, has announced the launch of Regal FC – a global concept club for contemporary football culture, devoted to celebrating the eternal influence of the game across the globe. By uniting the multiple strands of modern football culture, Chivas is on a mission to highlight the stories and people who are ripping up the rule book and redefining what the beautiful game means to them. Regal FC offers passion-driven changemakers from around the world a chance to collaborate with like-minded talent, and create unique and lasting experiences that celebrate all aspects of football culture. Through exclusive merch drops, digital content, and match event experiences, Regal FC will be an outlet for current and future personalities to draw inspiration and engage with the evolving football community.

To debut Regal FC, Chivas hosted ‘The Regal FC Rooftop 5s’, the ultimate 5-a-side charity football tournament which saw 50 of the UK’s freshest talent and footballing legends take part. Players included musicians Headie One and Avelino, presenters Elz the Witch and Joelah Noble, and in a nod to Chivas’ global partnership with Manchester United, Wes Brown. A host of familiar faces including Harry Pinero, Yung Filly and Vuj also took to the pitch to showcase their skills, alongside four of the world’s most forward-thinking community clubs; Nivelcrack, Alive and Kicking FC, Under the Radar and Grenfell Athletic FC, who are each on a powerful mission to change the way football is seen in culture today. Eight teams played against each other on a bespoke Regal FC pitch, located on the rooftop of Hotel Football situated next to the iconic Old Trafford stadium. The event concluded with Under The Radar FC successfully fighting off the competition with some electric gameplay, to be crowned as the first-ever champions of ‘The Regal FC Rooftop 5s’.

To further celebrate the launch, Chivas has collaborated with leading British streetwear designer Marc Jacques Burton to create three exclusive, limited edition football kits. Unveiled at The Regal FC Rooftop 5’s tournament, the kits are inspired by three distinct expressions in the Chivas range, blending together the brand’s disruptive approach to Scotch with Marc Jacques Burton’s reimagining of 70’s punk culture. The kit designs reference signature Chivas colours and bring each blend’s unique tasting notes to life through Marc Jacques Burton’s expressive style and print techniques. The first kit from the collection is set to drop on Wednesday 1st December via www.mjb.store, with the remaining kits dropping in the coming months. Proceeds from the first drop will be donated to charity, Alive and Kicking [charity no. 1105583].

The launch of Regal FC comes as Chivas continues its commitment to championing the next generation of ambitious, emerging talent who look to elevate themselves and those around them along the way. From the grassroots community teams, to the hardcore lifelong fans, contemporary football culture is multifaceted, and the launch of Regal FC will see these stories celebrated across the globe.

“Regal FC is the start of a new era for Chivas, where we can connect and listen to the next generation of creatives who are helping to evolve the game. Whether it’s through their artistic discipline or day to day hustle, we want to elevate those who are changing the narrative for the better. The purpose of the platform is to celebrate the existing football fandom, but also leverage the global Chivas network and provide these changemakers with the tools and resources to grow and reach new audiences around the world.”

Regal FC is built to celebrate contemporary football culture and elevate the power of the modern football community. From DJs and defenders to coaches and creatives – if you’re changing the world of football, we want to hear from you. Drop us a DM on Instagram with your story or check out www.chivas.com/en-EN/regal-fc to find out how we can collaborate to celebrate your story.